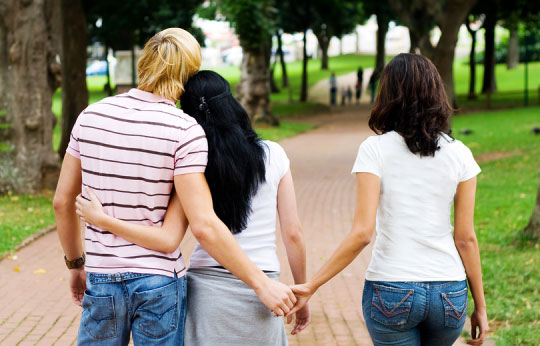 Most women would probably admit that at some point in their life, they have been attracted to someone who is already married, but they would never think of trying to do anything to lure the man away from his wife.  However, for some women, they only seek out married and committed men to have a relationship with. Mate Poaching is a term coined by David Buss several years ago in his book entitled “Evolution of Desire” that defines the behavior of men and women who purposely seek out people in a committed relationship.  A study published in the Journal of Experimental Social Psychology by Oklahoma State University found that of the single women in the study who were told their “match” was currently in a romantic relationship, 90% said they would pursue the man knowing he was not single.  Dionne Mahoffey wrote a book on the subject entitled, “Girl, Leave Her Man Alone”.  Websites like ashleymadison.com actually promote married people having affairs.

Why do women Mate Poach?  There are several perceived benefits such as the excitement of an affair, the feeling of being “chosen” over someone else, being lavished with expensive gifts, and the feelings of power and control because there is no commitment on the part of the “poacher”.  Although some of these women may say they don’t need a man, most do desire a committed relationship and there are three reasons that may contribute to a woman engaging in Mate Poaching…

Low Self Esteem – Women with low self-esteem oftentimes have a belief that they are not good enough to be “the wife”.  Sometimes, they have been abused or mistreated in a relationship so their defense mechanism against being hurt again is to seek after relationships they know will not be a committed one.  The woman may also relate her self worth to her appearance so she will feel good about herself when she can successfully “catch” a married man.

Sex Addiction – For women who are sex addicts, Mate Poaching is a behavior they want to stop doing, but are unable to stop without help through therapy.  There are several factors that contribute to a women becoming a sex addict including childhood sexual abuse.  Sex addicts may feel guilty and ashamed, but will continue Mate Poaching even after suffering bad consequences unless they seek professional help.

Power & Control – Some women will say they Mate Poach because they like being the “one in control” of the relationship…that they can “leave it anytime they want” and there are no “strings attached”.  The truth is that when a person must feel like they are in “control” of a relationship, it is usually because they have a fear of abandonment or commitment.  They may have a need to feel safe because they have been abused or hurt in the past and so they think if they “control” a man, they feel safe.  In reality, the woman engaging in “Mate Poaching” is controlled by the desires of the married man. He is the one who chooses when to see her, if he will leave his wife, and is usually the one who ends the affair.

Regardless of the reason, Mate Poaching can lead to emotional, physical, mental, and spiritual pain and/or harm for the women engaging in the behavior as well as the married man and his family.